Tuesday the 8th of May was my last full day in London. I have had an interesting time in London and without offending anyone, I don't think London is my favourite place to be. Perhaps it was the weather, or that I was perpetually tired. It could even be a lack of organisation on my part. After the independence of New York, and the weather of California I remain underwhelmed.
Its not to say I didn't enjoy myself, or that it was a waste of time. No No, seeing Kiera, meeting Audrey and her family, hanging out with Duncan, going shopping, sleeping in! I loved it, but without being too specific I guess London was more of a waiting room than an appointment, a queue than a ride, a pause than an answer.

This is all very depressing, isn't it? Lets get on to the good stuff, because there was lots of it!

I have soooooooo many goodies! AND I didn't even scratch the surface of shops here! I started off with heading for Portobello Road on the tube, There is a shop on Protobello Green called What Katie Did, If you click on the link (or Google it) you'll see why I loved it.
Once I bought some goodies from there I learnt from the shop assistant that I could claim a tax called VAT from shops in Europe and the UK as I wasn't a EU citizen. Not that I needed anymore reasons to shop!
I then wandered down Portobello Road hoping the Markets were open but only a few vendors were out. I read in my Lonely Planet Guide that a shop to visit was the Hummingbird Bakery and I knew one was on Portobello Road. So after purchasing some vitnage threads from a stall I asked where it was. Once I got there I was feeling tired so I ordered a coffee, They had some amazing treats to choose from! It costs extra to sit in the shop so I got two cupcakes to go and went outside in the burgeoning sun. I sat myself down on a concrete ledge by a bush fence and rested my feet. Here are my Goodies 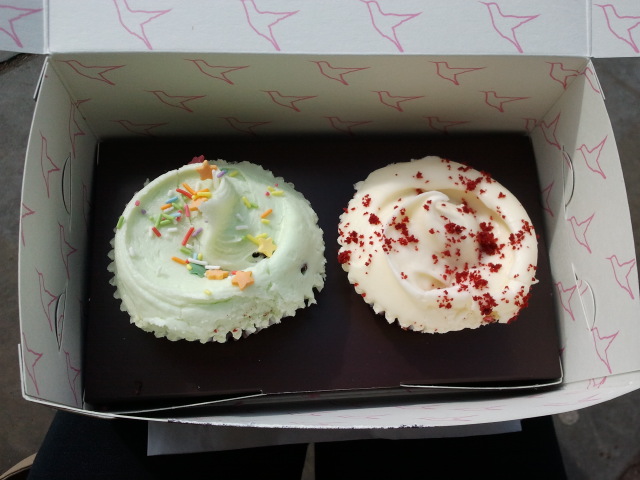 I could only manage one so I packed away my second one for later & headed down the road for some more shopping. Once I finished in Notting Hill I caught the tube to east London to check out another store that sold only English products. It had a cool layout and was like an old store you'd find in a Sherlock Holmes novel. 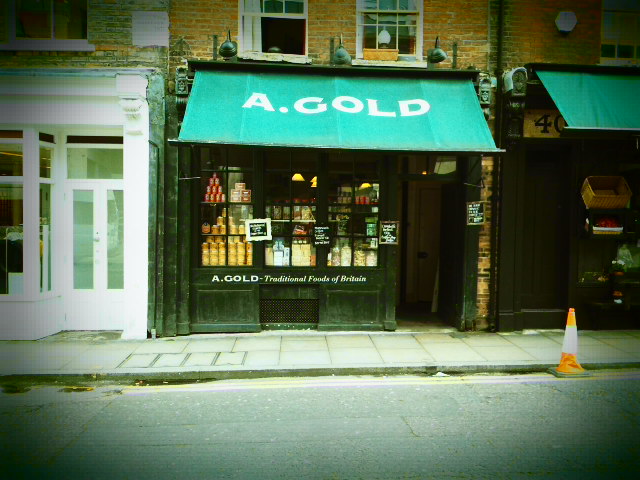 I, of course, bought sweets!

I then made my way to brick lane and chesire street and stopped off in a couple of excellent second hand/vintage stores where I bought some great items. Once it got to 6pm all the stores closed but I knew Harrods would still be open and I really wanted to go to the food court. Boy was I impressed!
I walked in through the makeup section and headed toward the first part on that side of the building which happened to be the chocolate and sweets section. I had to stop and take a deep breath at the chocolate part and I could have stayed there till closing taking in all the chocolaty goodness, the smell was heavenly. It made me hungry and I knew I couldn't have a dinner of chocolate so I wandered through to a more appropriate part. The options were endless but I chose a wrap with lots of vegetables and guacamole.

After I ate outside on a bench I saw Topshop and Zara were still open so I had a look inside to see what all the fuss was about, especially with Topshop, fortunately I didn't have enough money so I left the stores at closing and carried my bags to the underground to get back to Audreys in time for packing my bags!

Thank you London for a grey, drizzly but ultimately fun time and yay for Paris and better weather!!

Heres the sight that saw me off in London, 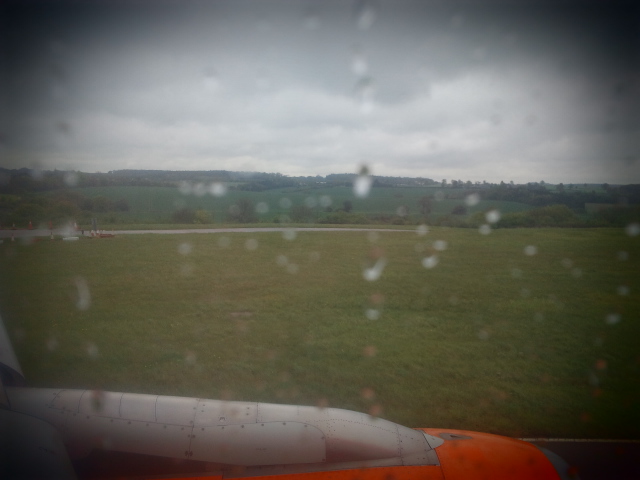 Here I am in Paris and its the same sight but about 10 degrees warmer, cause I'm wearing a sundress and a scarf only!

Anyways, I woke up on the 9th of May with a cold, not the best thing but I was too busy to care, I then made my way to the airport and had no issues whatsoever with customs or checking in or anything!
The flight was only 55 minutes and Europe is only 1 hour ahead of London so I was glad to not be jet lagged. I was sick so getting to sleep was also not a problem.

I did have trouble getting to the hostel though, Once I went through customs I tried to figure out how to get to the hostel, I knew the address but I couldn't figure out the best way to get there. I also remembered to confirm you're booking you must call the day before or prior to12 midday if you are arriving after midday and I was arriving at about 8pm. So I called the number they gave me and after awhile I figured out what the area code to put in was, I then spoke with the receptionist who luckily spoke english and was told my booking was cancelled because I didn't confirm! I really needed somewhere to sleep so asked her if I could still stay at the hostel and she put me on hold to check what was free.

When she got back to me she said I could stay in a twin room that night which would be 38 euros and a dorm the following night which was 31 euros but I would have to go to their other hostel for the following 3 nights which luckily for me was only down the road. The hostels I'm staying in are beautiful old 17th century homes that have been altered for hostel goers but are still in the 17th century style!

Here are some photos of my journey to the hostel and of the hostel itself: 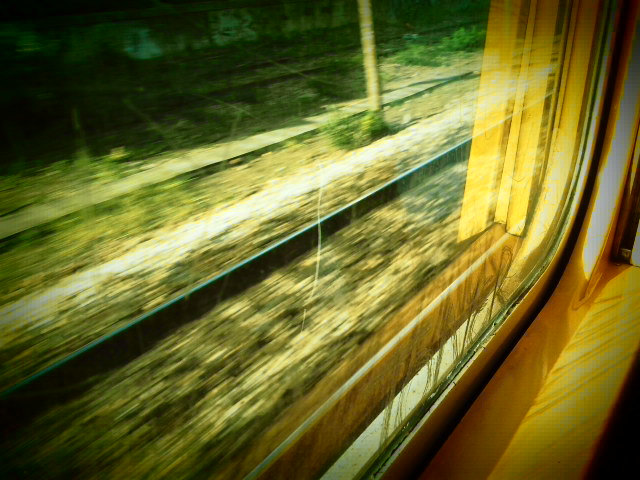 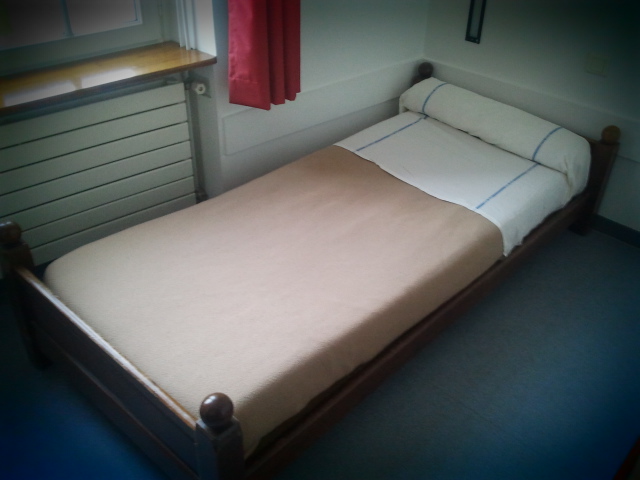 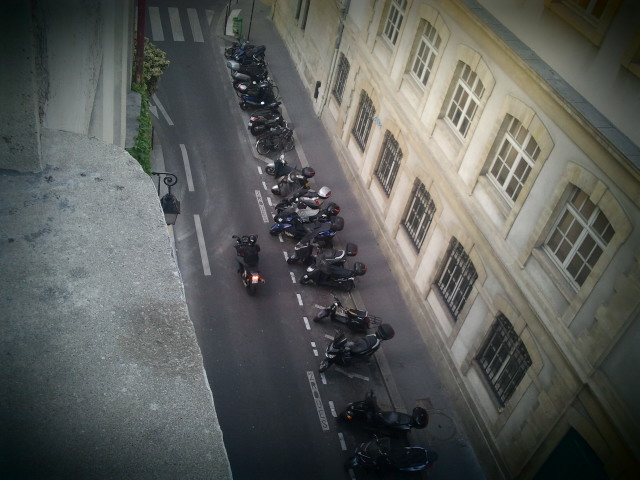 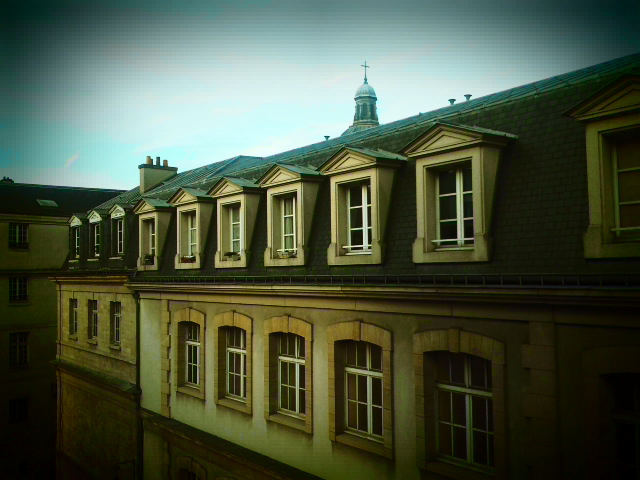 Once I got to my room I saw that no-one else was in it so I had a room to myself, Once I showered and drank a lot of water I fell asleep for a good nights rest. 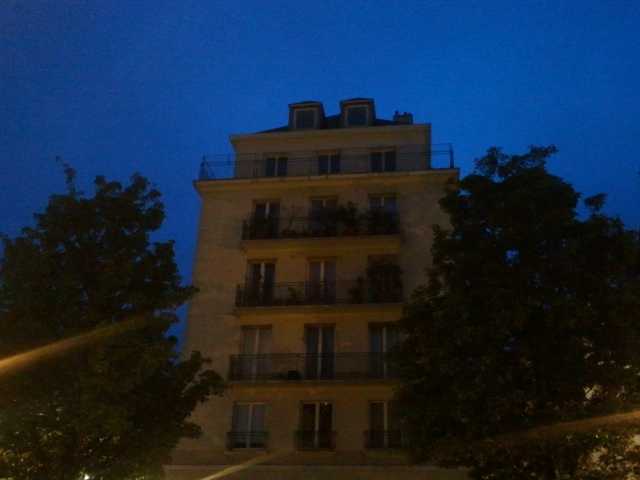 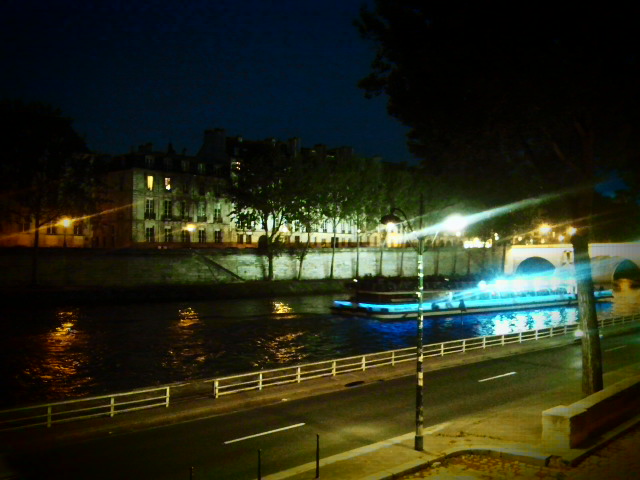 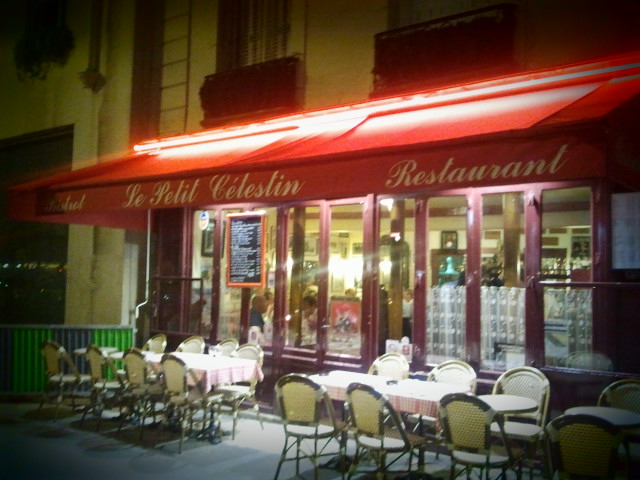