My Mini OE - From Paris to Perugia

On the day I left Paris I had to get up at 4:30 am to catch my 7:10 am flight, Paris at 5 in the morning is awesome if a little dirty. My feet got so dark with dust and dirt.
I got to the airport with little stress and it was straight onto Perugia from Rome once I got into Roma termini. Or was it.

Leaving the airport in Rome is strangely easy, I got my bag and found the exit but the exit is where it gets strange. You see two options ahead of you, Anything to declare and nothing to declare. The only thing is they have no-one checking you if you say you have nothing to delare, you just walk on out.

I then got my ticket to Roma Termini Station and I was lucky to overhear an american say to her partner that you must validate the tickets before boarding the train in italy otherwise you can be fined $100 Euros. Once I arrived at the station I went to purchase my train ticket to Perugia where I would be staying two nights and it was quite easy for me, I was aware that in Rome there are a lot of people trying to get money off of you so when I got to the Bigiletti Machine I saw warning signs stating that anyone not wearing the official uniform trying to help at the ticket machines was to be ignored. I was lucky in that they didn't bother me because they were "helping" other people but when one of them spoke to me I said "I know" rudely and they backed off.

While I waited I grabbed some lunch and sat outside in the sun eating and hydrating. I was feeling tired and thinking to myself why don't I just go to the hostel I'm staying in in Rome and see if I can stay two extra nights but luckily I didn't and I now wish I stayed in Perugia an extra 3 nights!

Once I managed to get to the hostel in Perugia (after a lot of sweat, a little bit of wet eyes and help from a Peruvian lady) I checked in and felt refreshed and happy. I was at my destination and it was beautiful!! I had a beautiful view and the bathrooms were like roman spas

I got a Pizza, and went to sleep.

I was lucky enough to have the time of one Reilly W. who, even though he was in the middle of exams, was an excellent tour guide. I meet Amanda his girlfriend, Genna W. his sister, her fiance Gavin and his newly married friends! We were all shown around the beautiful town of Perugia and then had a lunch of Pizzas.


We also saw where Reilly studied and went into one of the class rooms which had a chalk board with chalk and a duster. I was so impressed with Perugia, It is such a charming town.


After lunch Reilly and Amanda took me to Reillys Dads Villa as they wanted to show me the countryside of Umbria which is the region Perugia is in. We drove past Assisi and went into Montefalco which were as lovely looking as Perugia. The rest of the afternoon was just me tagging along with Amanda as she showed me around, Amanda is cool. She is a feminist like me and is funny and I really respect her. Girl crush time! :)

In the evening Reilly and Amanda and I went to dinner at a local Ristorante and enjoyed a lovely Italian meal in which I got to have Tiramisu! My plan is to have it every day at a different restaurant while I'm in Italy. I've already gained weight but I don't care, I love my lady lumps. 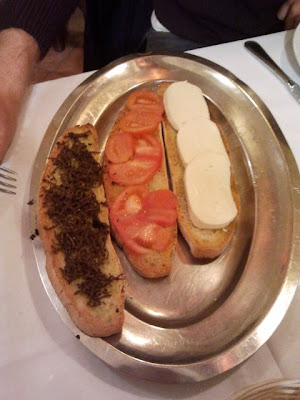 We had Bruschetta for 3 people, One is covered in grated truffle and was the first time I had truffle, the other is Tomato and the third is Buffalo Mozzarella. Yum! 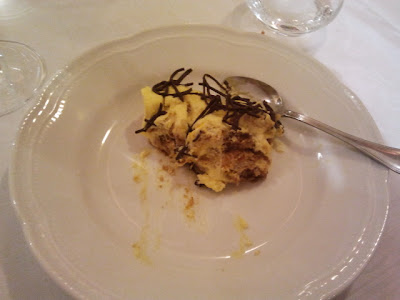 This was the delicious Triamisu, Amanda said she has had better so I'm going to say it was inviting and the chocolate covering really added a nice touch to the otherwise simple tasting dish. Or something foodie along those lines.

The next day I then caught the train back to Rome and got a little wet in the rain that they had as I left in Perugia. 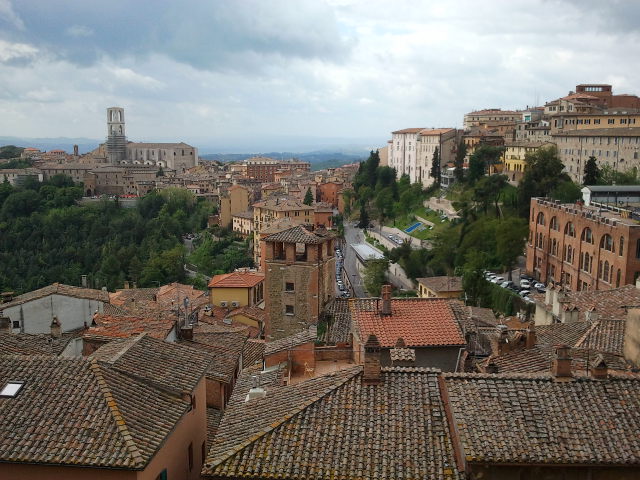 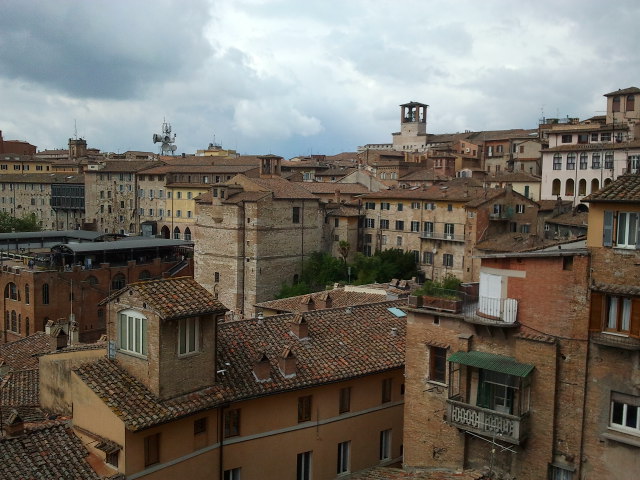 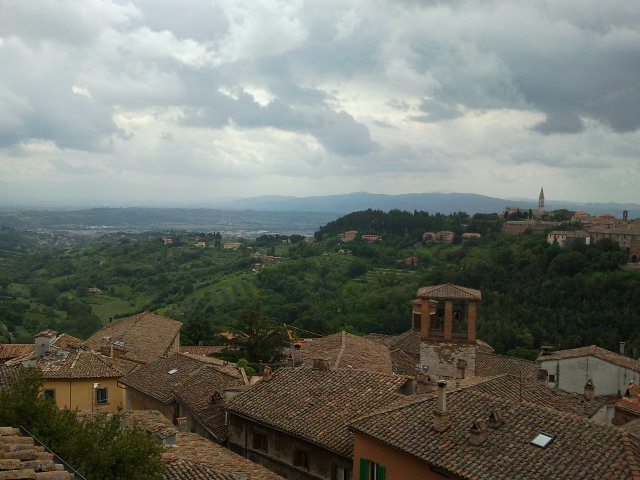