So I have to confess I wish I stayed in Perugia. I probably shouldn't say that because I was in a beautiful city but there are too many tourists, I kept getting a headache around 2:30pm and the place just doesn't have the right vibe for me. Its like London, I can't really say I'm not enjoying it because it isn't all bad but I find that I'm not loving it as much as I've been loving others. 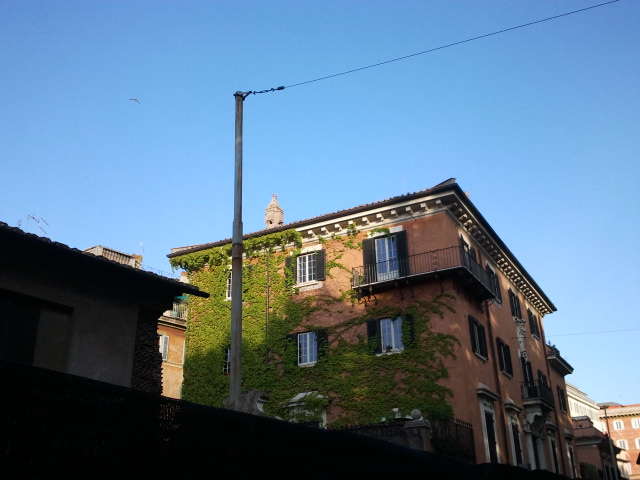 On the 16th of may I left a rainy Perugia and took the train back to Rome, I found the instructions given to me on how to get to the hostel were incorrect and I ended up getting lost. Once I got to the hostel I was very happy though because it was very welcoming. The place had free internet and computers to use so I wouldn't have to find an internet cafe or use my phone to write these blog posts, Definitly a perk!

I then decided to go for a walk and check out the area and find a good restaurant to eat dinner in. I came across a square that was filled with restaurants so I had lots of options, I decided on a restaurant that had gnocchi and tiramisu on its menu as I wanted to try both. I felt like the evening was well spent and I made my way back to the hostel for a good nights sleep by walking along the tiber and loving the beautiful view of the river at night.


The next day I decided to go to Vatican City. I didn't really know what to expect apart from what I had seen in films and I hoped for a good day. I joined what looked like a long queue and I was very lucky to stand behind a man with a cane who was more than happy to use the cane to tell others not to push in. Anytime someone stood near the line and looked like they were trying to join in he would tap them on the shoulder with his cane! 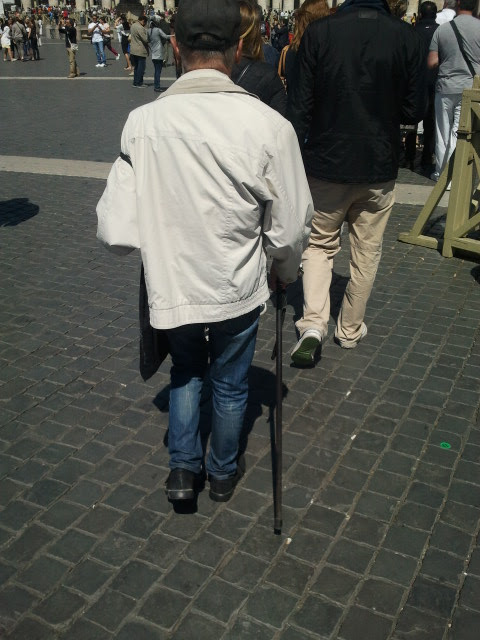 The queue was for the basilica not the Vatican Museum so I wondered what it would be like, It was part museum part church. What I mean by that is as you enetered the buidling you saw religious statues and decorations which was what people were taking photos of and tourists were checking out then they were having a service further down the building and they had closed it off so people that were like me would be detered from going down unless we wanted to take part in the service.

I loved all the beautiful decorations and thought the music they were playing for the service added a tranquility to the place. I felt very peaceful and satisfied which I think is how the church orchestrates it, I'm not religious and I thought that it would be easy to be religious if this was how they presented their religion. I don't think I would like being Protestant if they are so different from Catholics who seem to love pretty things to look at while they serve god. 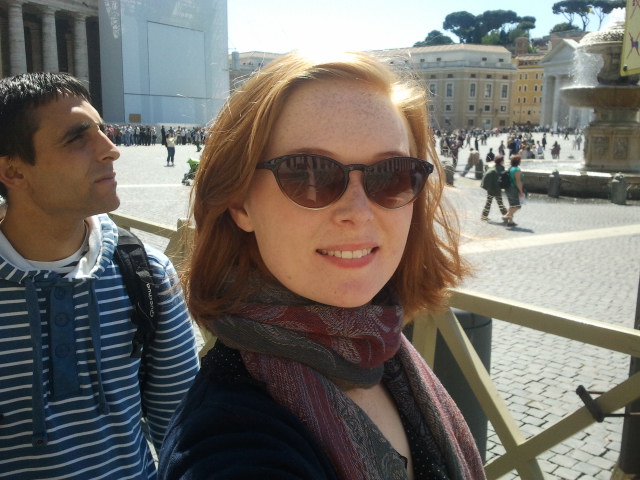 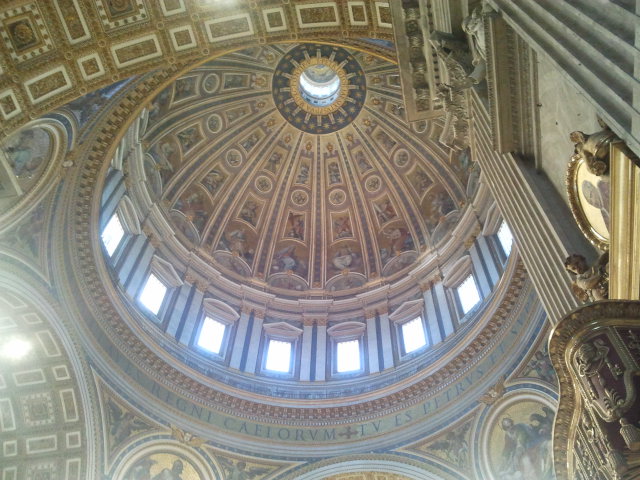 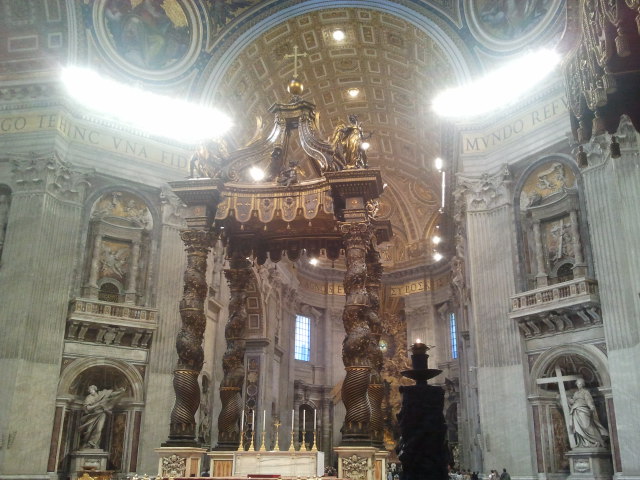 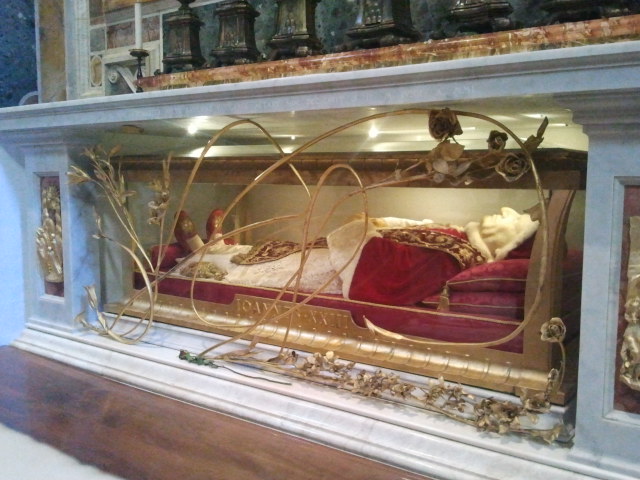 The next stop was the vatican museum and I made my way there past people selling cheap leather bags and random toys for children. 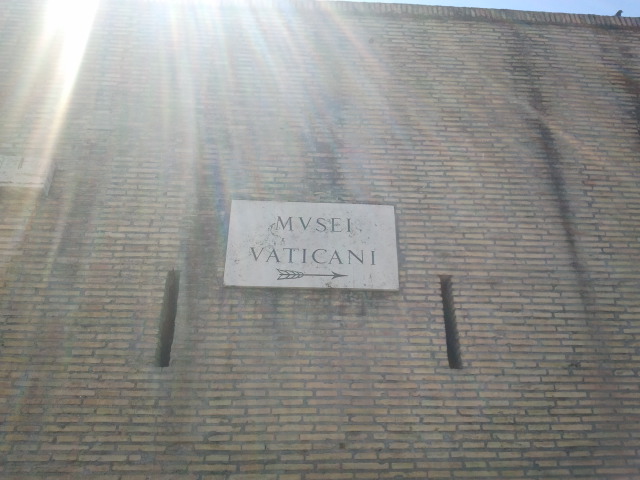 It was nice for the first half an hour but I realize now that I can only take in so much artwork, After the Louvre I think I was done with Museums/Galleries. Its like eating too much cake, eventually you feel sick and want to have a lie down. 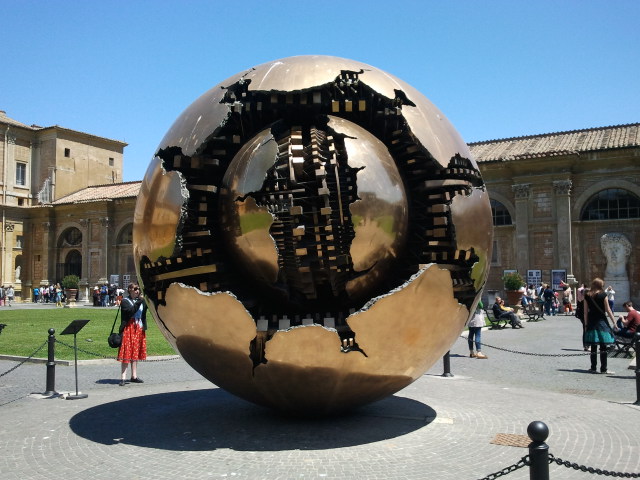 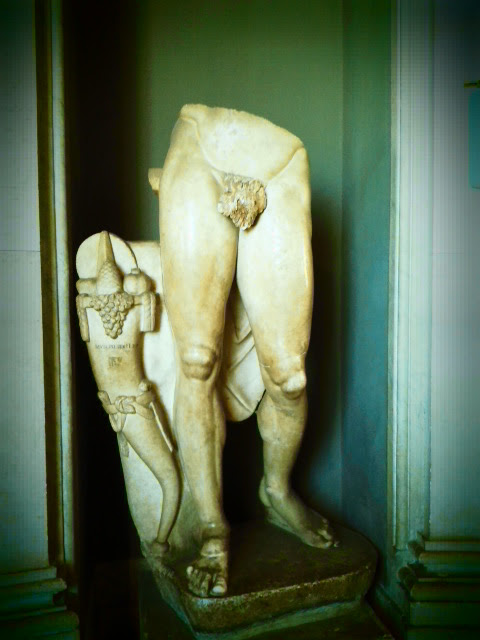 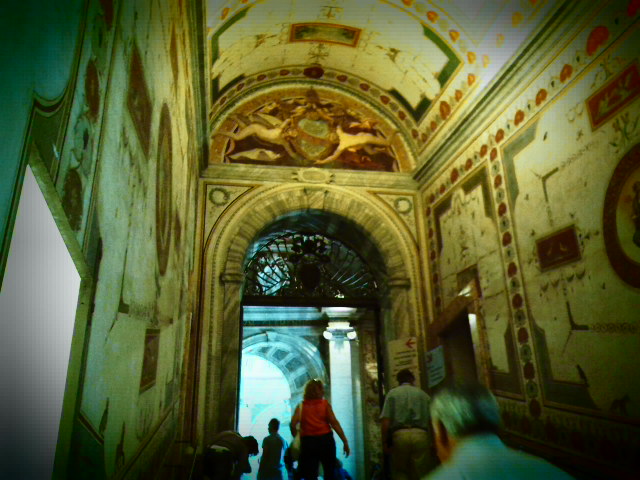 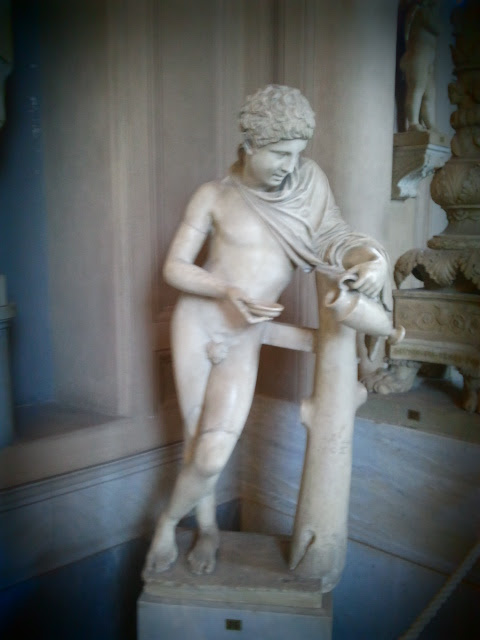 By the time I was halfway through I wanted to go toilet and leave but It felt like there was no ending, like they were forcing me to enjoy art which just pissed me off so when I found a toilet and the end I made my way to a restaurant over the road and enjoyed a pizza.


So once I finished the pizza I went shopping and thought I'd catch the metro, I got off at a stop near the Trevi fountain which I wanted to see so I had a look around the shops and then at about 5pm I wandered over to the fountain and it was so packed! 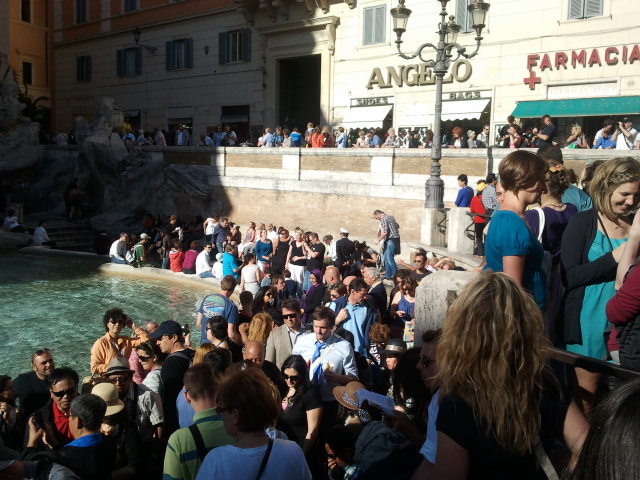 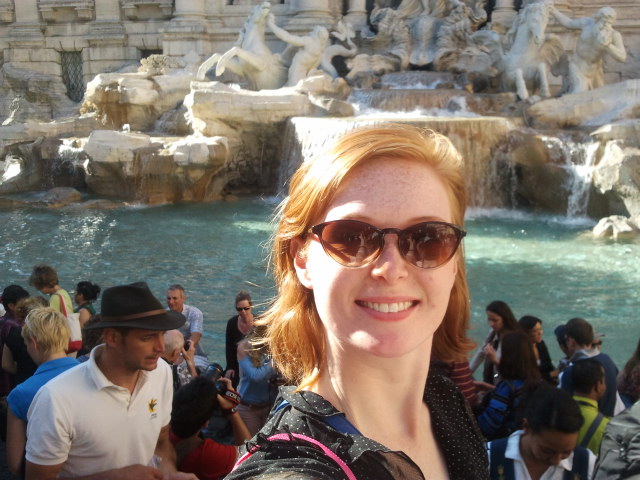 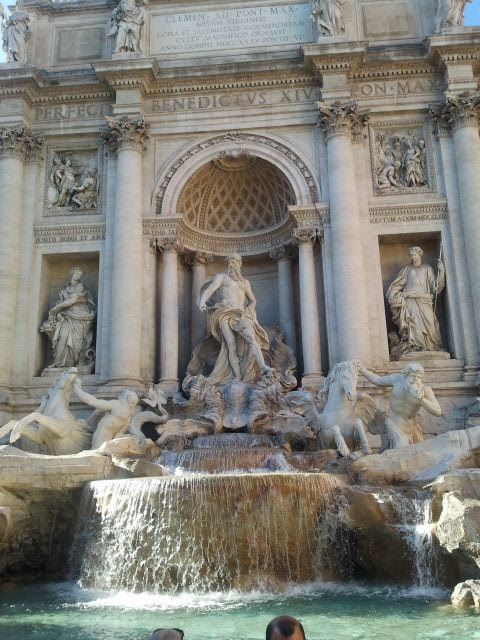 I threw a coin in the fountain and made a wish, then I headed back to the hostel. It was tricky figuring out how to get there but I got to see lots of the city and I ended walking past the Pantheon which was closed but in a lovely location. 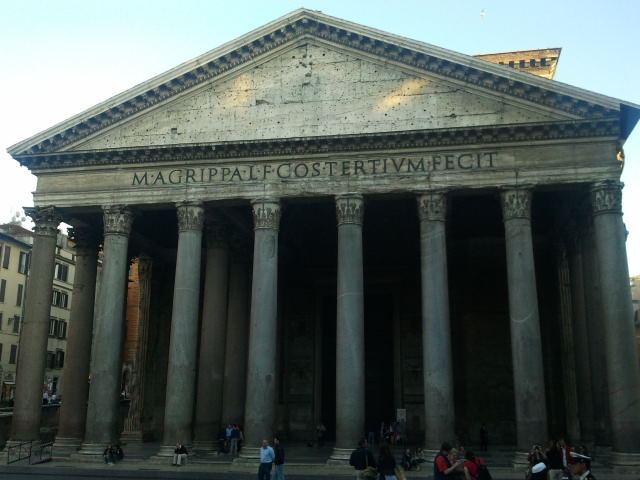 I then went out for dinner and ate a crappy Tiramisu. It tasted like the fridge and was cold, blurghh! 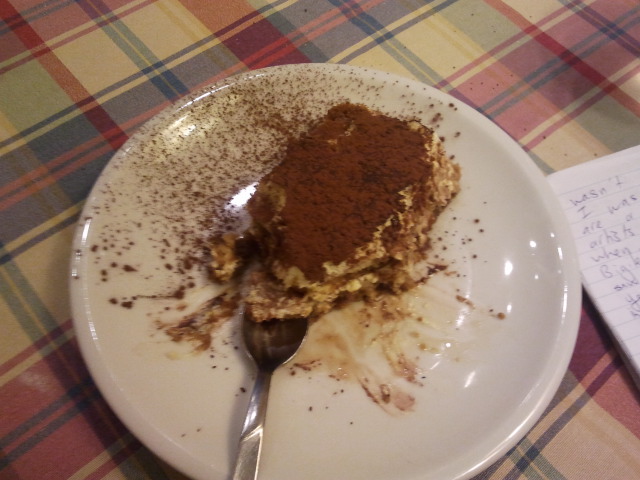 The next day I thought about going to the Colosseum and when I got there It was so full of people that I gave up, I also couldn't find a toilet and had to go to a restaurant which was so far away that I decided to shop for gifts for my friends and for myself. I had an awesome day! 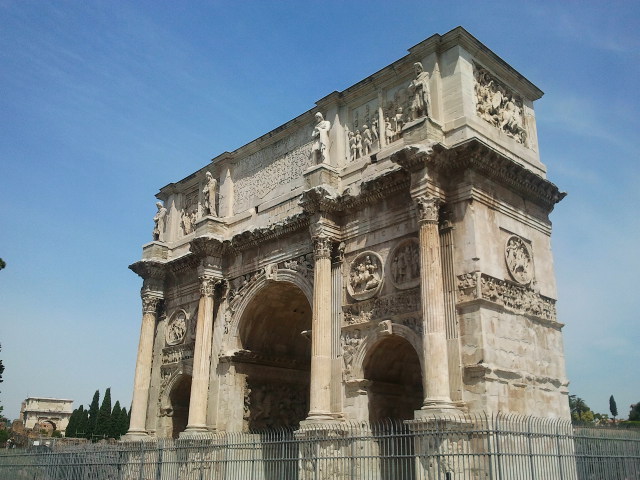 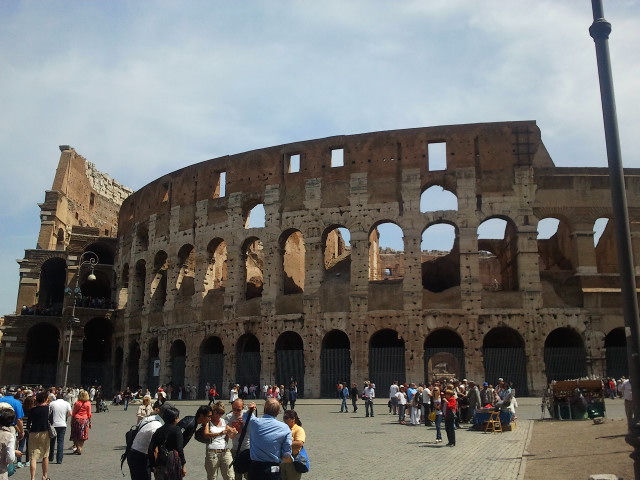 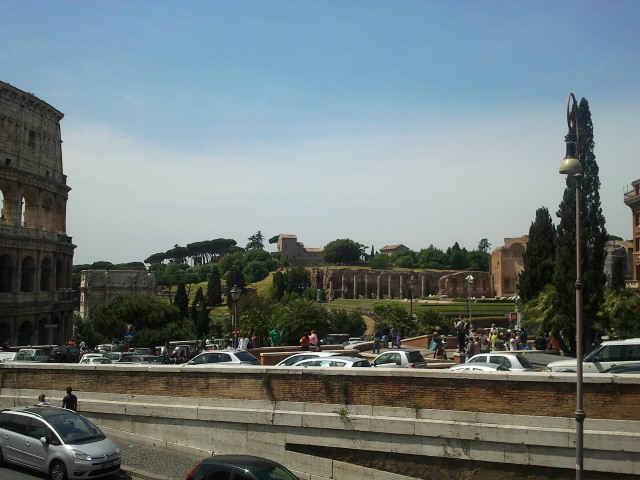 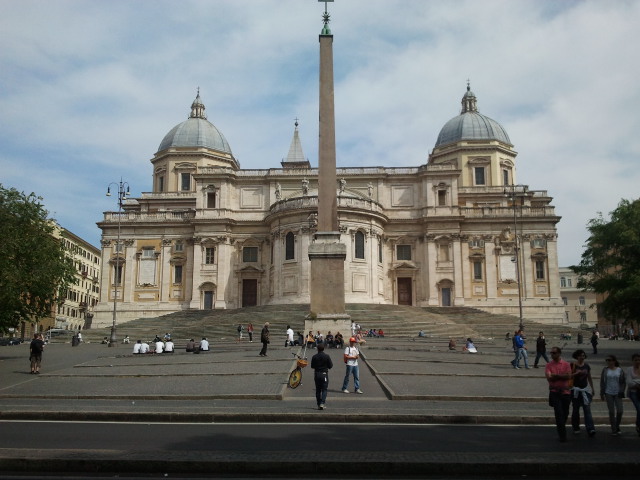 I came across this excellent shop and you have to check it out if you ever go to Rome, especially if you  like the kinds of things I wear like vintage style clothing.

They were so helpful and the two guys who own it are really lovely and speak great english so they can help you if you don't know much Italian like me!


Later on in the evening I went out and got takeaway Pizza and Tiramisu to eat in the kitchen at the hostel, I ended up chatting with two American woman, a woman from Sydney and a woman from Brazil. The Tiramisu was awesome by the way!

So Rome wasn't what I expected and I won't be going back anytime soon but I enjoyed the food and the shopping so It was still a great experience.

I'm in Oviedo at the moment with Mum, John, Alex, Josh and Duncan so I won't be blogging anytime soon. Expect a massive blog next time!
Posted by Anna Gibb at 7:23 AM