So I was a little bit frivolous and ordered a car to come pick me up form the hostel for my early morning flight to Madrid. I wont disclose how much it cost but I felt very cool being picked up by a man in a suit driving a black BMW. It was a funny thing to do because I was flying with Ryanair.

Once I arrived at the airport in Madrid I caught the transfer bus to another terminal so I could catch a bus to Oveido. It wasnt too much of a problem and I helped a french girl on the bus by speaking pathetic french, yay!

Once I got my first class ticket (it was the only one available to leave that day) I grabbed something to eat and waited for the bus to be ready for me to hop on. 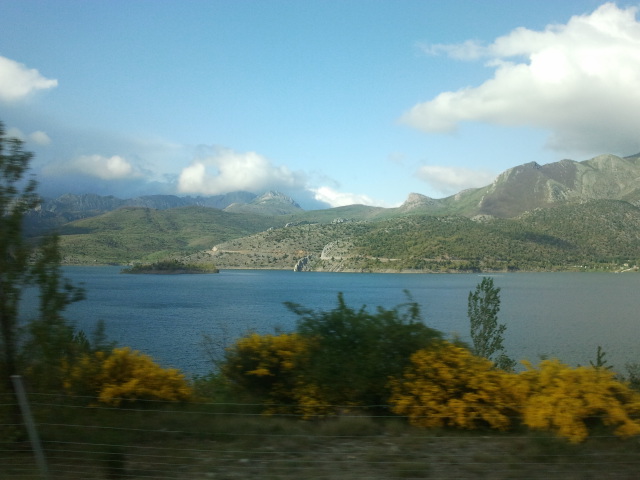 The countryside on the way to Oveido was very green and reminded me of the New Zealand Countryside. I saw a lot of beautiful things like a green field scattered with red flowers and a lot of scenery that reminded me og home.

Once I arrived in Oviedo I was greeted at the bus stop by Mum and we caught a bus to the place where we were staying in Oviedo. It was in a part of town where a lot of working class people were so I saw families with their children out playing football while the parents had drinks in the pubs, especially that night because the football final between Munich and Chelsea was on. We were staying with Howard who was a contact in Oviedo, the relationship between the two of us is he was the brother in law of Keith who Mum plays recorder with and Alex my Step sister is studying in Oviedo so she stayed with Howard for a time when she first came to the country. He is a lovely man who allowed Alex to stay with him for 3 months and also accommodated Mum, John, Duncan and I while we visited Alex. He has a naughty sense of humour, is Welsh and has a Welsh accent when he speaks spanish!

The next day Howard, John, Mum, Alex, Laura her friend and I all had a traditional Spanish/Oviedo Lunch. We started with an appetizer of Prawns, a Starter of Seafood Soup, a main of Fish with potato chips and a dessert which was a lovely chocolate cake! It was all topped off with Cider which is popular in Northern Spain. 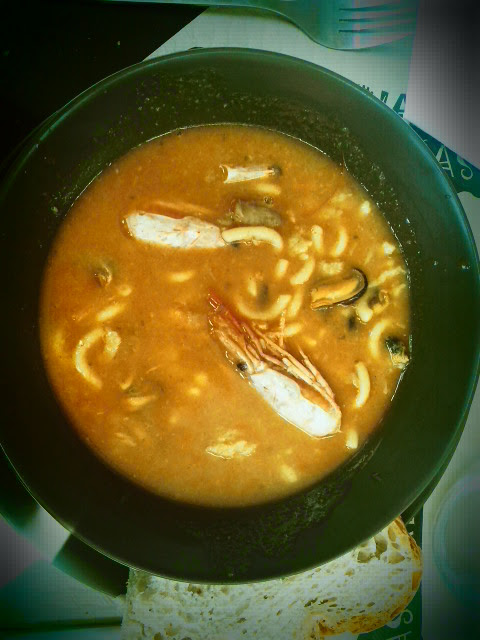 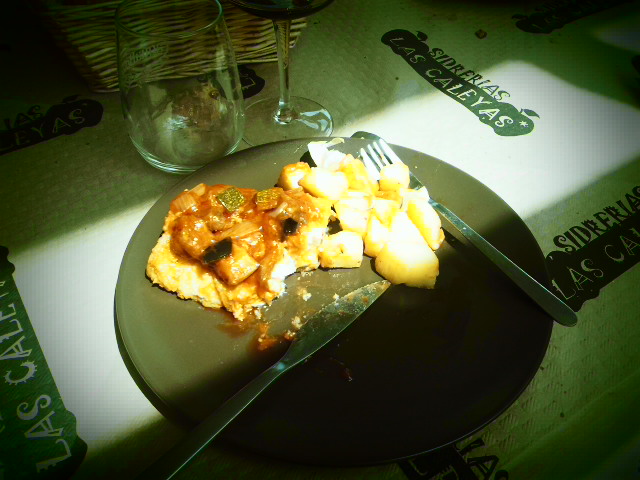 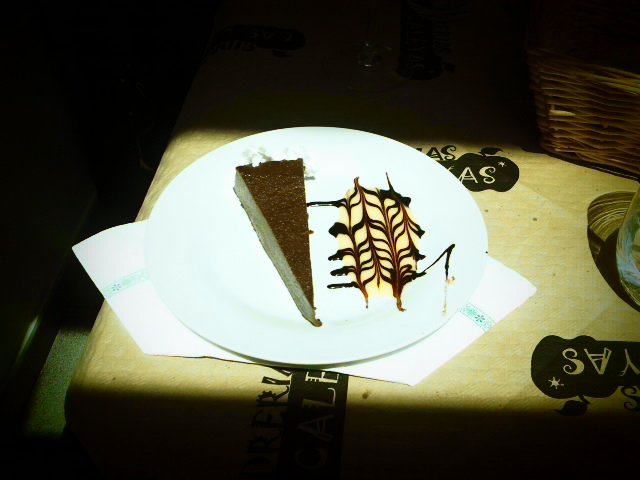 We had a lovely day and in the evening went out together so I could see the town where Alex had been living for the past 5 months or so, It was such a beautiful town with a rich history and traditions that were still alive today. 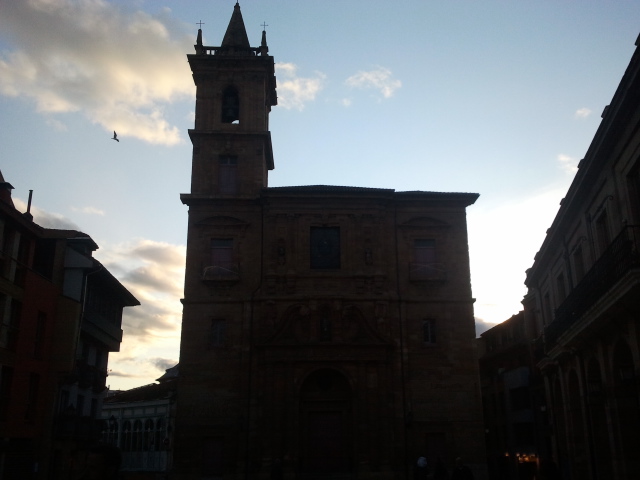 We came across the market and there were people all dressed in traditional costume dancing and singing in a circle, There was also farm animals and people selling leather goods and jewellery. 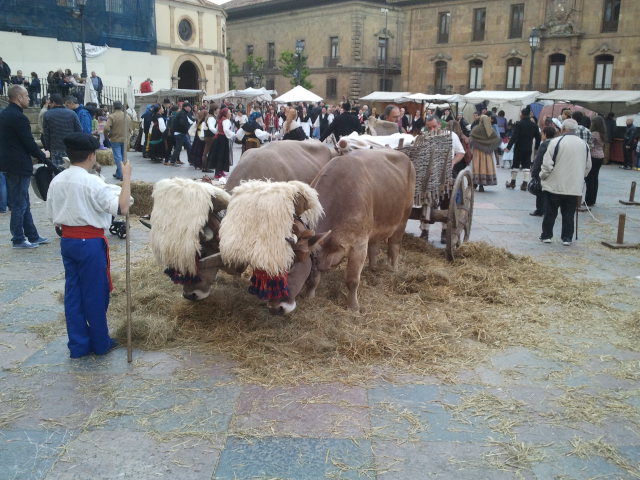 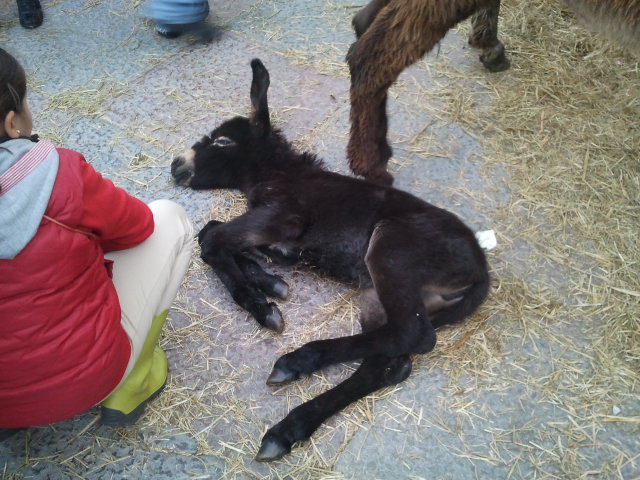 The next day we were flying to Barcelona so I only got to see a little bit of Oviedo but Im glad I did as It was nice to see the difference in the different parts of spain, especially as Oviedo was quite similar to wellington with rain and cloud. Barcelona was a different story altogether!!!
Posted by Anna Gibb at 10:11 AM