Here's a little something for my brother Duncan:

Now to the serious business of blogging. Duncan, Josh, Alex and I all flew in the evening to Barcelona, John and Mum had flown in the morning and were at the hostel when we arrived at about 11pm. Our hostel room was quite a bit smaller than the previous rooms I had stayed in throughout my journey so I knew it would be an interesting experience not to mention the fact that I was with my family throughout that time. I can say with certainty that I was very glad to leave Barcelona only because of the sleeping arrangement and not because of the city.

Barcelona is amazing. We had beautiful weather, experienced the architecture, artwork and culture while having a lot of fun. The next day started with breakfast provided by the hostel, I learnt something I didn't expect too at that time which was why my friend Mariana and her mother like their juice sweet. Woh, it was sugary! (they're Costa Rican so I am assuming it must be a thing over there too) Once the whanau was organised we walked to the market which was stunning especially with all the fruit, vegetables and juices. 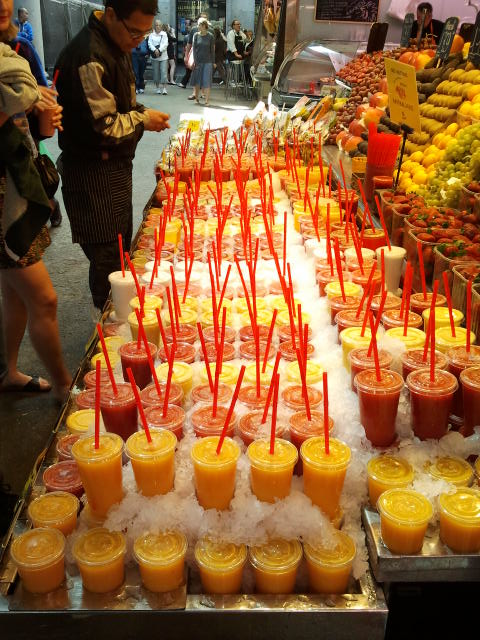 We had planned on completing a walking tour of all of Antoni Gaudi's architecture ending in the Sagrada Familia Church. I wasn't really sure what to expect but I decided to go with the flow and not worry too much if I didn't enjoy myself. 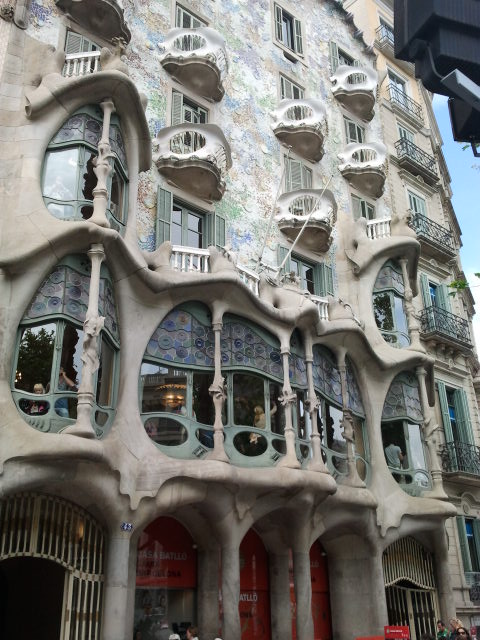 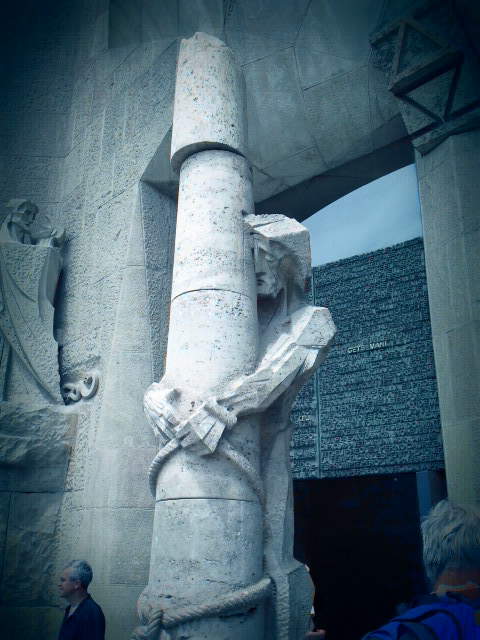 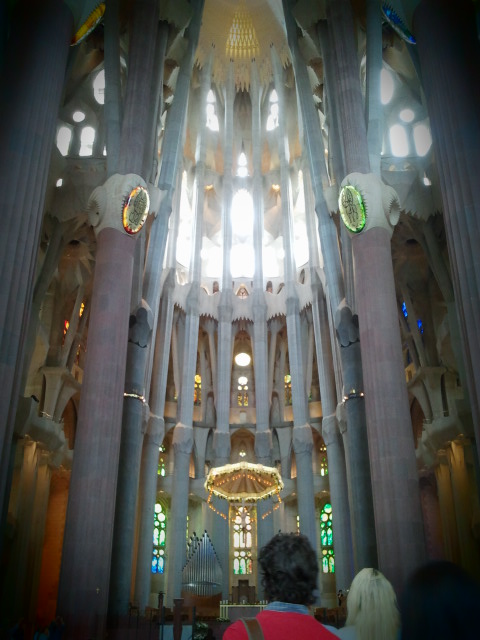 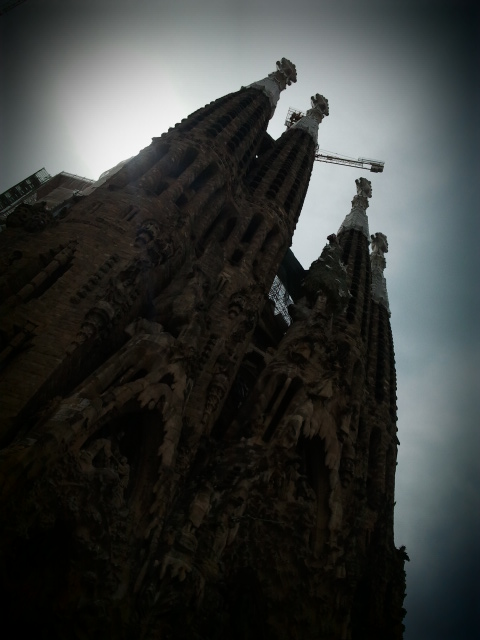 I loved it all, I would become religious just to go to pray in a church like that. Everywhere I looked I saw something interesting, the ceiling, the pillars, the windows, the carvings and the best part is everything has a meaning, the whole church was built to serve one purpose.

We continued walking through the city looking at all the beautiful architecture and sat down in another park nearby where we ate some more bread and cheese. Alex and Josh decided to head back to the hostel but by doing so ended up missing out on seeing this beautiful fountain which was just around the corner of where we were sitting. 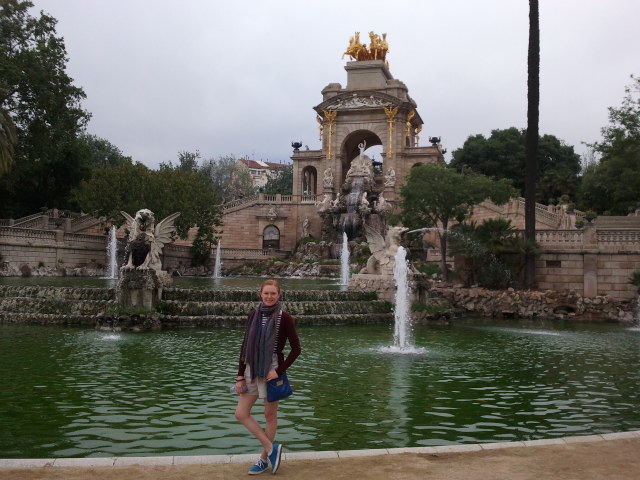 After looking around some more we all headed back to the hostel for a siesta and dinner. 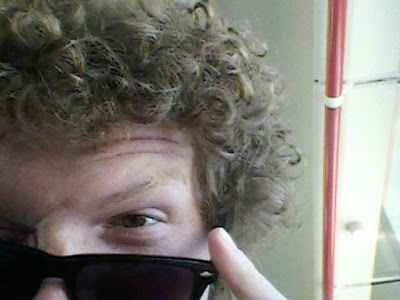 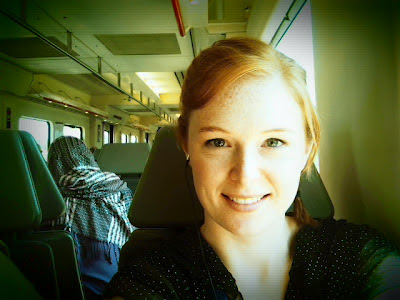 The next day we were going to all go to the Salvador Dali Museum/Gallery but in the end Josh, Alex and John all went to the Barcelona Stadium so it was a Gibb day out.
In order to get to the gallery you catch a train to Figueres and walk about 15 minutes to the building, so after stopping for lunch we made our way over to the Gallery. 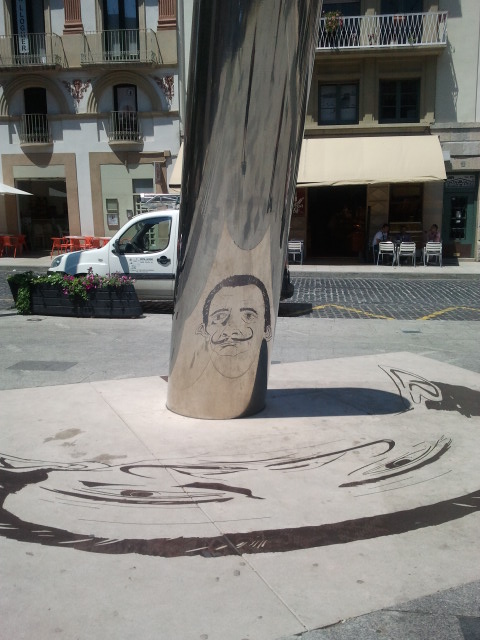 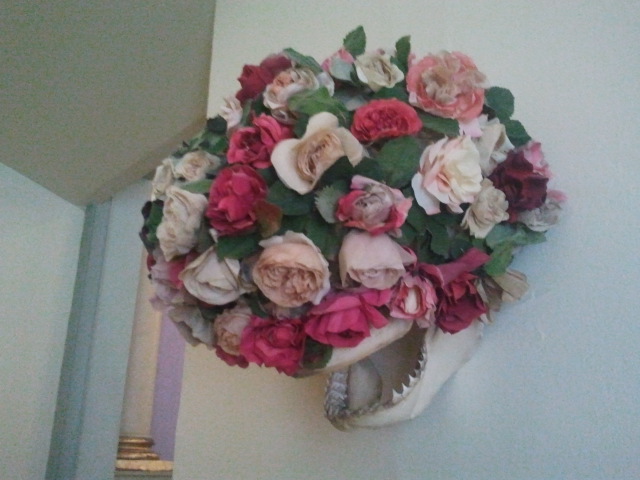 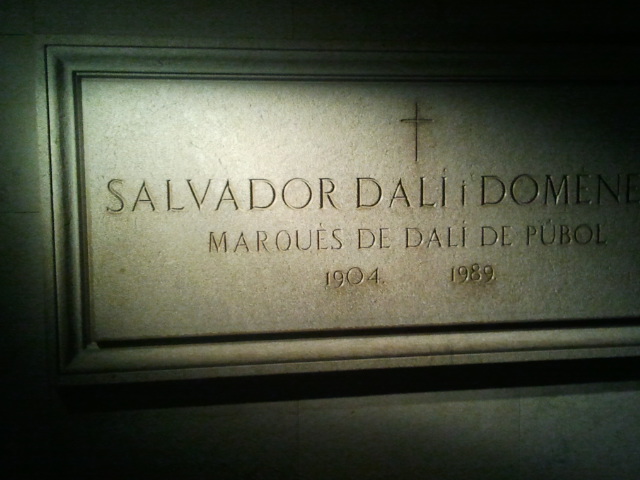 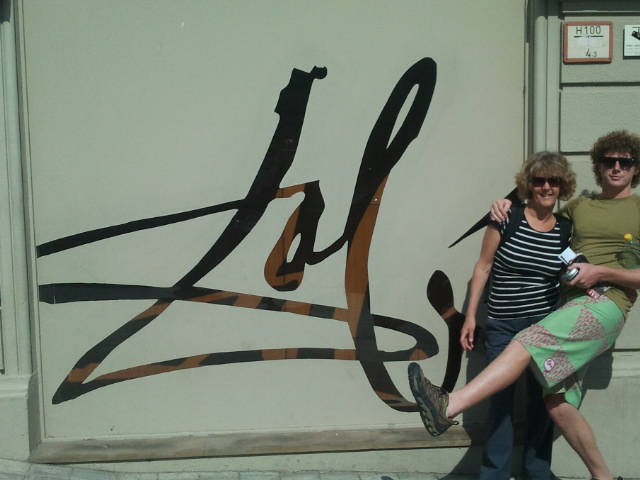 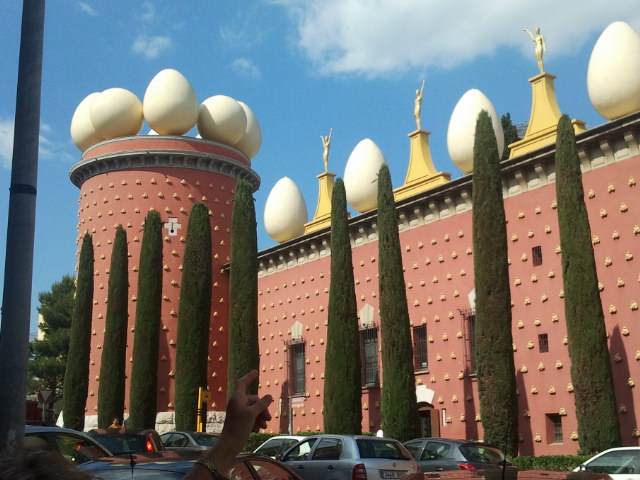 We loved the things we saw in Figueres and all agreed it would be a good place to stay the night so you could see more of the place. It was a gorgeous day and the sky was a Salvador Dali blue so that against the building it looked like one of his paintings. Mum said she could imagine Dali thought this also and thats why the artwork is here.

We took the train back to the hostel and meet up with Alex, Josh and John who all had a great day at the Barcelona Stadium (I kind of wish I was in two places that day because I would have loved to go to the stadium also) Then in the evening we all went out for dinner at a kebab place and Duncan, Alex, Josh and I went for a walk around the city in the dark and came across some hilarious people. Especially one guy who was at a stall that Duncan and Josh bought a football from that was either drunk or crazy and we`re not sure if he knew the owner of the stall or was just hanging about. The owner seemed to enjoy his company and found him funny though.

The next day I slept in and then decided to spend the day by myself so what did I do? Shopped of course! I went to H&M and this spanish department store kind of like Kirkcaldie and Stains which was a chain so they also had one in Oviedo where Alex is Studying. I bought some cute things that will be perfect for spring in Wellington. Mum met up with me later on and we checked out some shoe stores as Mum wanted to get a pair of leather shoes while in Spain. Unfortunately we didnt see anything that would be suitable for Wellington, Just a lot of really nice sandals.

Later that Evening we had a yummy dinner of Salad and Potato Tortillas, We were planning on going out that evening on a pub crawl arranged by the hostel except you can´t call them pub crawls in Spain as they are illegal so it was a party tour which is pretty much the same thing as a pub crawl. That was an evening I can´t blog fully about as I made the mistake of mixing alcohol types so I had white and red wine, beer, spirits and the lethal shot of absinthe which wiped my memory so when I woke up the next morning I was not sure how I got into my pyjamas and into my bed. Luckily I have an awesome family and my step-sister Alex is a legend! She looked after me so I owe her big time! mwahh to Alex!

I experienced a terrible hangover that day which I hope to never experience again, Luckily I improved towards the end of the day so that I was able to join the others for a trip to the Parc Güell which was amazing and breathtaking 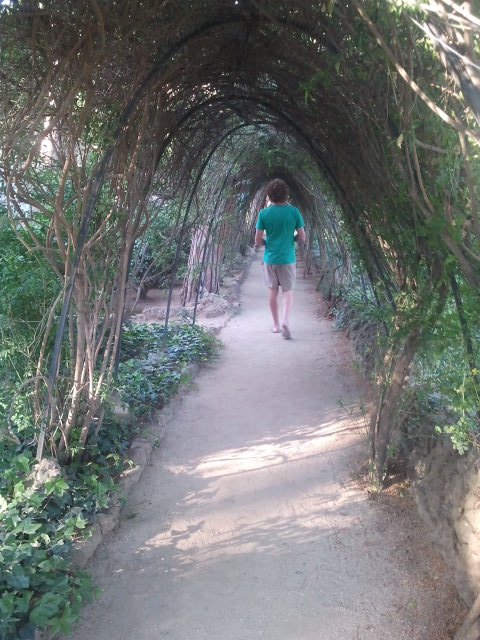 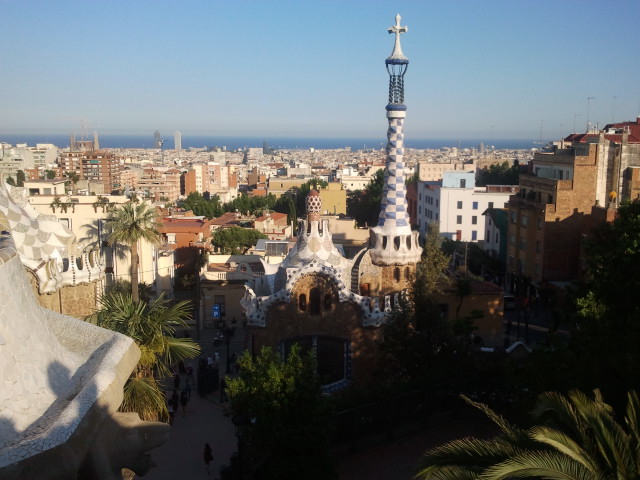 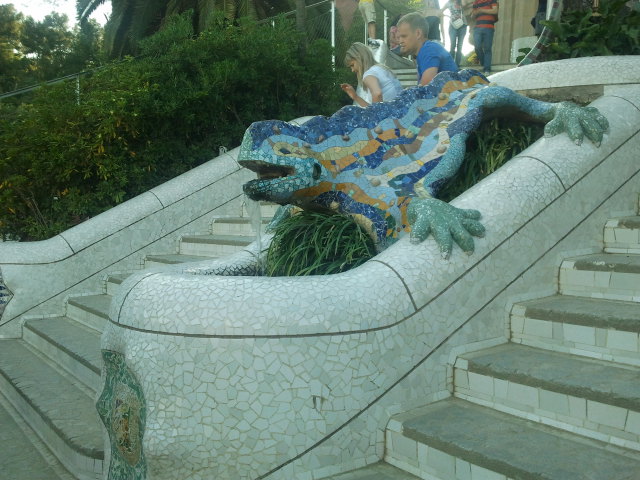 That night we went out for a yummy meal at a restaurant to celebrate our last night in Barcelona. I loved the city at night with the exception of all the drug dealers asking if you wanted charlie (cocaine) or weed.

The next day was our last day so after checking out of the hostel we all walked down to the beach to see more of the city.

After walking along the waterfront we came across this fiesta that was happening and when Alex asked someone what it was for they said "Its a fiesta" like there didn´t need to be a reason. It looked like all the streets had their own dancers and musicians and each group played a different song and had different costumes. The sun was shining and it was nice and warm so overall it was a great finish to my time in Barcelona!