Okay people, I'm writing this blog entry from Wellington, New Zealand and I have had such a good response from Friends, Colleagues and Family about their enjoyment of the blog that I think I will continue writing entries even though I have returned home. I don't know what topics I'll write about but I hope to interest as many people as possible and not waste anyone's time with bad writing and bad pictures, I think the key to a good blog is clarity, quality and comedy. Especially if you want to keep people coming back. I know I would like to do well enough at this to make money out of it but even if I don't it'll be good for my brain to work at my writing style and challenge myself with the experience.

Now to what you are here for which is how I went in Munich, Germany. 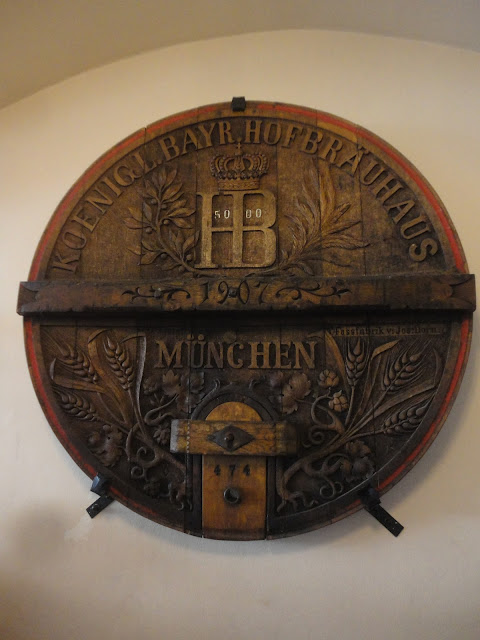 My flight from Barcelona to Munich went well and I felt excited to see Max and Kai who I meet in New Zealand when they both flatted out the back of our house (Kai with his Girlfriend Laura for 6 months and Max for 5 months after them) Laura was unfortunately on holiday with her Mother in France so I missed seeing her but I was very lucky to be shown around Munich by Kai and Max.

I was picked up at the airport by both Kai and Max and taken to Max's place where I would be sleeping on the blow up bed in Max's living room for my time. Kai also offered his place but he has flatmates so I thought It would probably be better to stay at Max's place. Once I dropped off my things Max and Kai took me to the underground and showed me the map and told me a little about it so I would not be confused, apparently its so confusing that even Germans need help understanding it.
We then went to a beer garden for a drink and dinner, I had my very first Radler with Paulaner Beer and It wasn't very good but I drank it all as I really want to be able to enjoy beer so why not start with Radlers (They are called a shandy in New Zealand, half beer, half lemonade) Max and Kai explained that Paulaner isn't the best brand in Munich and I had Radlers at other places which I enjoyed so much more.

Once we finished up Kai told me about a gig that was on that night with a DJ who played 1950's/1960's Pop and I was really keen to go but wasn't able to because my phone wasn't sending texts or receiving phone calls from Kai and Max's phones and I didn't feel good going out without a phone in a foreign country. Max wasn't going to go to the gig as he had to get up at 4:30 the next morning to go to his Half-sisters confirmation and Kai lived in a different part of Munich so I would be by myself after the gig. We ended up chilling out at Max's place and Kai and Max had another Beer, I learnt that it was a beer recipe that was 500 years old and they have a Beer Purity Law in Germany stating the only ingredients are to be water, barley and hops.

The next day I woke up to sunshine and meet Kai for breakfast at his flat then a walk along the Isar. It was such a beautiful sunny day and I had a really lovely time, Kai made Yoghurt with Curd in it and I explained to him the only instance that familiarised me with Curd was the rhyme Little Miss Muffet.


I couldn't remember it at the time so there it is for you Kai! 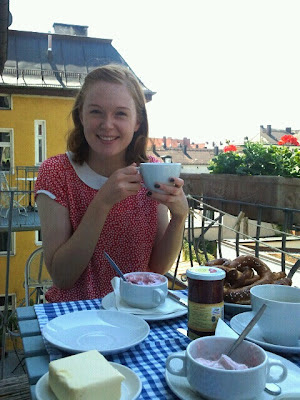 We spent the whole day walking along the Isar enjoying the views, especially the naked Germans sunbathing  right next to the bridges. 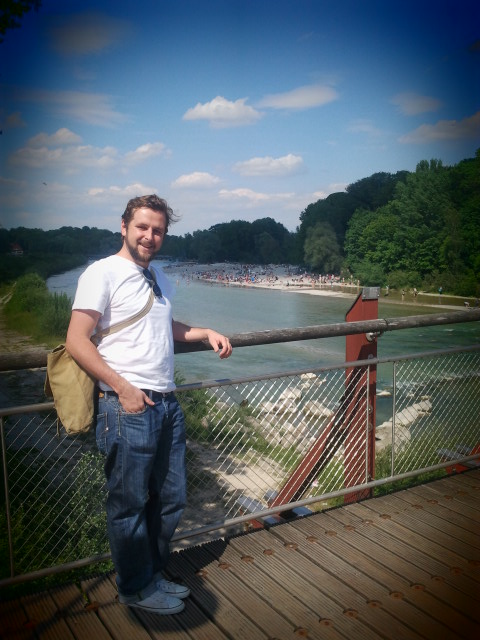 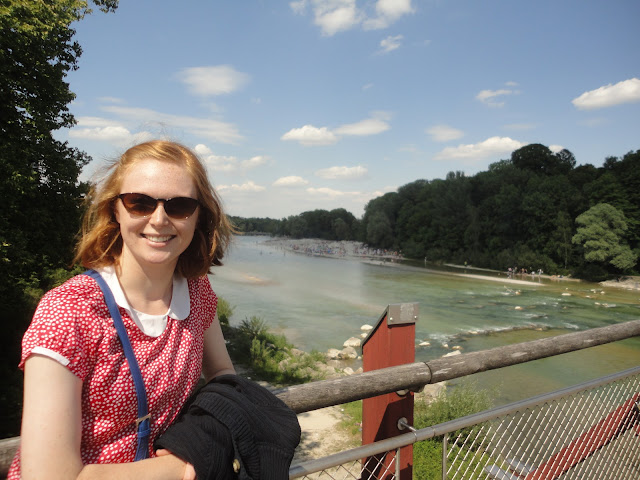 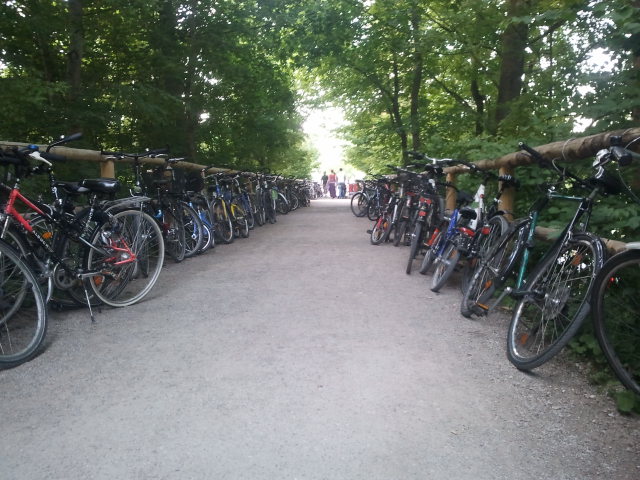 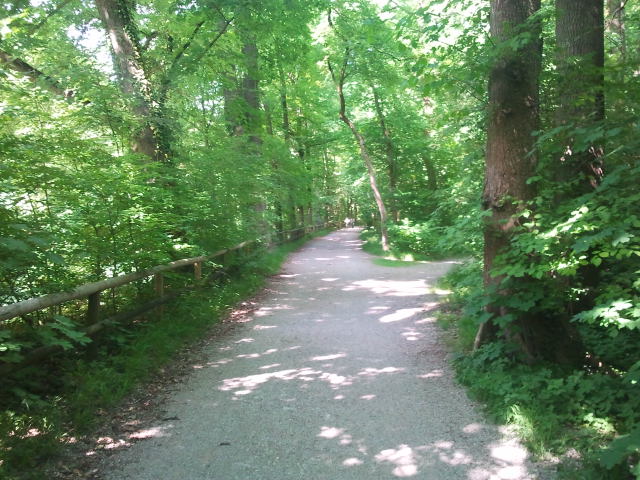 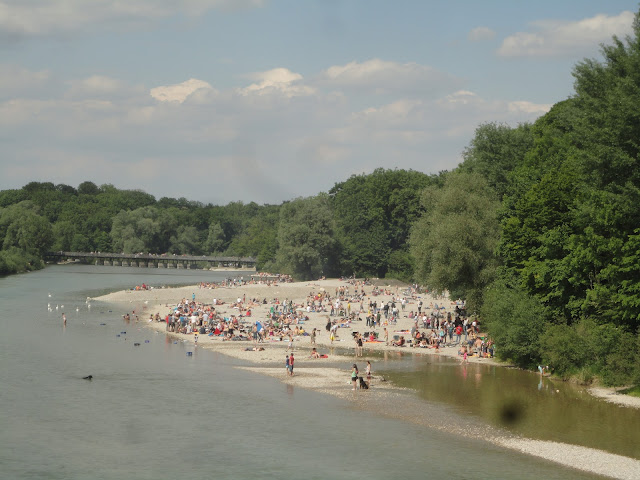 We then went out for a drink at the Viktualienmarkt Beer Garden and Kai pointed out some men decked out in their traditional Lederhosen and women in their Drindls. He also explained the decorations on a mans hat indicate his standing in society, whether he is a respected figure so if he was to buy an elaborate decoration for himself as a young man he would lose respect because you can only gain these things with age and experience. 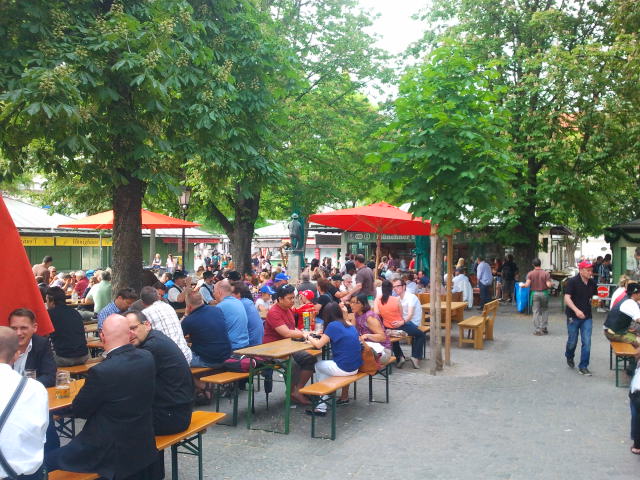 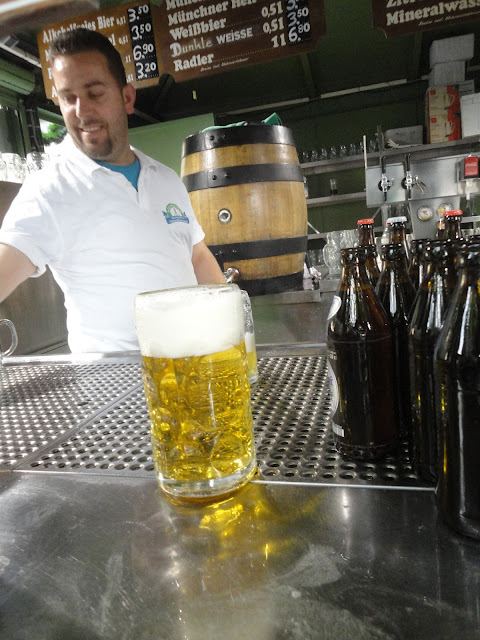 After checking out a few more things like the opera house we went out for dinner at a Italian restaurant and I had yet another Tiramisu, It was really nice by the way ;)

The next day we planned on meeting up for breakfast and doing some more sight seeing, particuarly seeing the glockenspiel that goes at 11am and 5pm every day. I missed the 11am one but when Kai turned up he told me that there would be another one at 12 so we headed to St Peters Church for a view of the city. I highly recommend doing this but be prepared for a climb up very skinny stairs! Once we got to the top there was a little cloud but the view was great and I really enjoyed seeing the glockenspiel performance. You can check it out here on youtube. 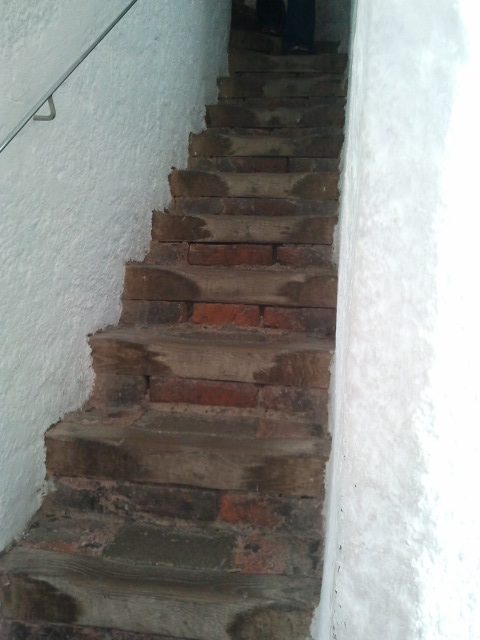 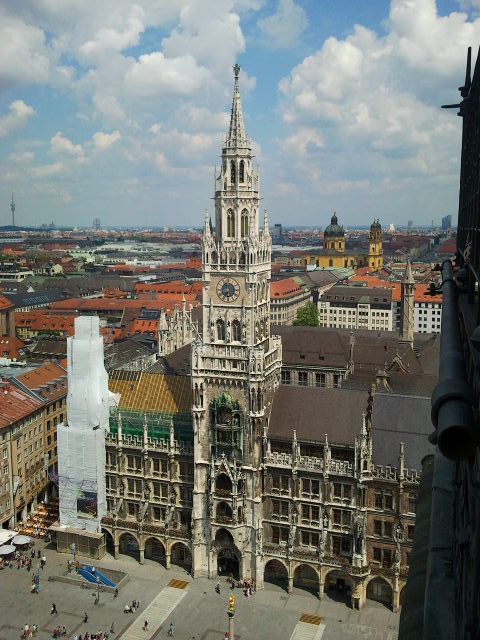 We then checked out a few more sights in the city and decided to stop at a cafe, Kai had this drink made from rhubarb and I had one also as well as a coffee. It kind of tasted like feijoas but it was really delicious and refreshing, the coffee was really good also! 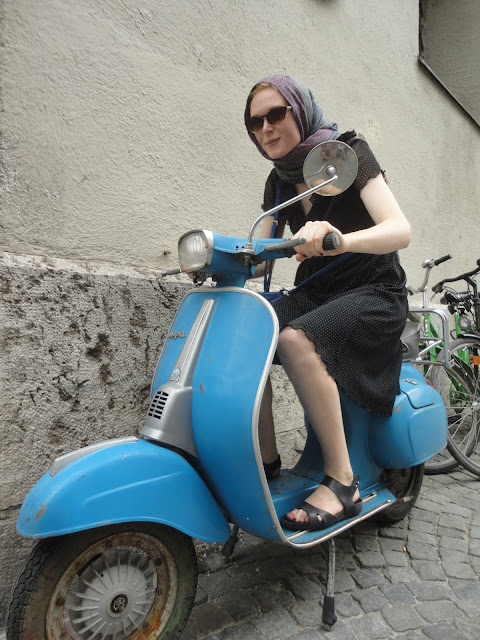 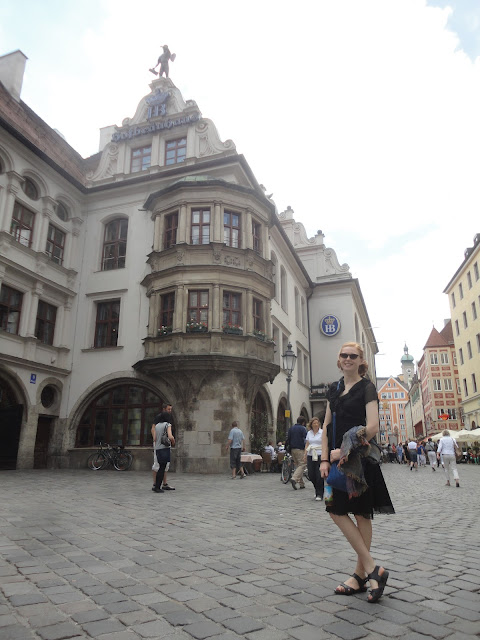 I'll be posting a blog about the rest of my day and my trip in Munich next week but I thought I'd get this done so people can see some of what I've been up to!