Day 6 Started off with Jessica and I driving into the city to go shopping, We parked the car and had a coffee and slice at Star Bucks then caught the cable car to Union Square. I was quite excited about catching the cable car and seeing the city from its point of view, I was not disappointed in the least!

After buying some shoes Jessica took me to Macys and we saw the Cheesecake Factory had a restaurant on the top floor so decided to stop for lunch there. It was delicious, we ordered a Margherita Pizza and a side salad each and enjoyed it very much! 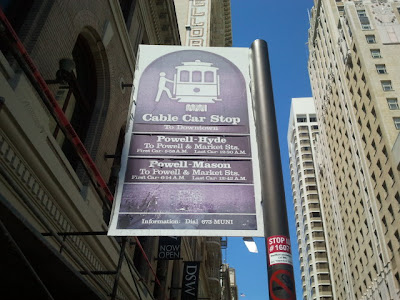 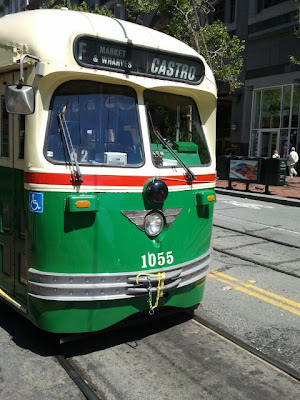 After lunch we caught the cable car to be able to catch the bus to Haight Ashbury for some vintage shopping, I noticed the amount of Homeless people in the city and when we were on the bus I saw a drug transaction between some guys and a homeless man at the bus stop. I don't know why but I found it exciting as well as a little sad. :(

Haight Ashbury has some cool vintage shops and I really wish we could have spent the whole day there but as it was we were a bit pushed for time. That was fine though because in the evening we were going to a wine and food tasting which I was looking forward to, I'll have to go back to San Francisco another time!

So in the evening I was flying onto New York and we had this food and wine tasting event, what we decided to do was drop me off at the airport after the event. My flight left at 11:30pm so we got to the airport at 10:00pm and tried to find the terminal for Continental Airlines, The only problem was it wasn't there. My ticket also had confusing wording because it said the flight was International but It definitely wasn't.

We then drove to the International Terminal to try and find it, Ken and I ended up getting out of the car while Jessica waited for us to check it wasn't at the International Terminal and we asked a man who confirmed that Continental Airlines Flights went from the United Airlines Terminal. Then we drove back to the Domestic Terminal which isn't an easy feat as all the roads loop around each other and the airport is massive! (Thank god Jessica and Ken are awesome!)

Once we arrived at the terminal I got out with Ken and hugged Jessica goodbye, then Ken came in with me to make sure I was okay and checked in. Once I checked in (It was self service which confused me a bit) I hugged Ken goodbye and headed to the queue for all departing passengers to be security checked. I wasn't sure what to expect but I saw the sign that said take off your shoes and jackets and put everything in to be scanned so I assumed they would be thorough, I held my breath in case they asked me to step aside but they didn't (They did ask the girl in front though) and then I put my shoes back on and grabbed my things and started walking for the terminal. I noticed that everyone waiting at the Terminal had what looked like their checked luggage with them and I panicked a little, then over the intercom they said that all people boarding the flight with large bags would need to get them put in the holding bay. I did not expect it so I realized that it must be something they have for people who have really large things that won't fit in the overhead compartments. I still saw that people had fairly large carry on bags and thought that if we were flying with Ryan air then half those people would be screwed.

The flight wasn't very nice because I was in a middle seat and I found my inflatable pillow from Kathmandu is useless because my neck isn't big enough, So I had pains in my neck and also a strange sensation in my leg like cramp mixed with your leg falling asleep. I also felt like throwing up and had strange fluttering in my chest. Not the best :( I really don't recommend flying a five hour flight at night because you really don't get much sleep. Never again!

Once I arrived at the airport I had slept about 1 and a half hours and napped a little so I wasn't feeling great, on top of that I was dehydrated and had a headache! Man I wasn't in a good mood!
Anyways, I got off the plane and went to get my bags which I found really confusing because the airport was so big. I waited at the baggage claim for what seemed like ages but was only like ten minutes, once I had it I tried to find my way out but that was another trial and I ended up asking a lady for help. She took me to the platform for catching the New Jersey Transit Monorail which wasn't what I was aiming to do but I was too crabby to care and I bought a ticket to New York Penn Station. It was $12.50 USD and you had to catch the Monorail to Newark Penn Station then get off and onto a train to New York Penn Station. Once I arrived at New York Penn Station I was faced with rush hour human traffic in the subway! Wow I have never seen so many people!! This was really New York!
I hadn't eaten much and needed to have a drink and breakfast so I went to Jamba Juice and had a Regular Orange and Mango Freshly squeezed juice, While I drank It I stood against a pillar out of everyone's way and people watched. I saw so many different kinds of people, Gay and Straight, Old and Young, Black and White and Hispanic and Asian. It was really cool. Once I figured out how to get on the subway and how to get a subway pass I thought I was getting on the right subway cart but as it turns out I was wrong. I got on at Penn Station and I thought I was going uptown but It turns out I was actually going downtown! So I got off at the last stop but as soon as I did I realized that I could just stay on the cart and it would take me back the way I came. Once I realized my mistake I accepted it and just enjoyed the ride. 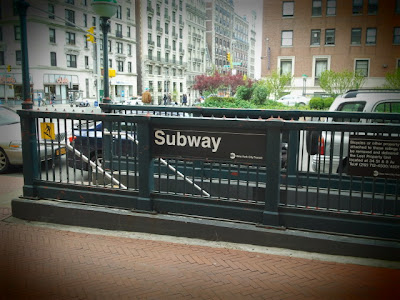 Now I got off at 103rd Street and Broadway but I wasn't sure which way was Amsterdam Street and I didn't have a map so I started walking up the street and then realized I had gone the wrong way so I headed back and when I saw that Hostelling International sign I was so relieved!!!

I then left my bags in their storage closet and went for a walk around the neighbourhood, stopping for a coffee at a local store. I then thought I was heading for Central park but actually was heading for the Hudson River Park. When I was there I sat down and wrapped up warm because there was such a cold wind blowing, I was so glad I had the coffee to keep my hands warm! 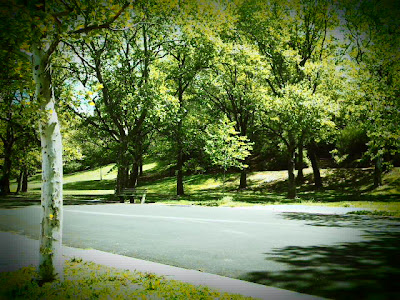 I then started to wander and saw some very cute squirrels! 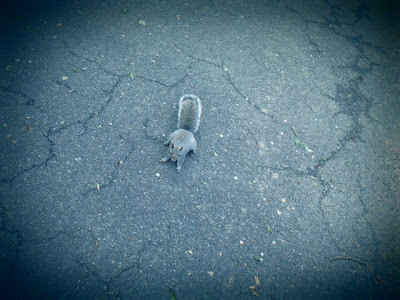 By this point my feet were sore and I needed to relax, I still had time to kill so I decided to do what I always wanted to do which was get a Pedicure and a Manicure! 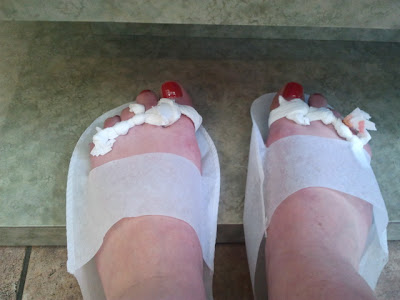 I found this place that would do it for $45 (not including the tip) and by that point I couldn't be bothered looking for a better deal so I accepted and sat down. Something I didn't think about was that I was wearing tights and they would need to be removed before I started the manicure otherwise it would ruin my nails. Well my mistake because it ended up that the Nail Technician had to take me to a back room and pull down my tights for me! So she really deserved her tip! ($10) 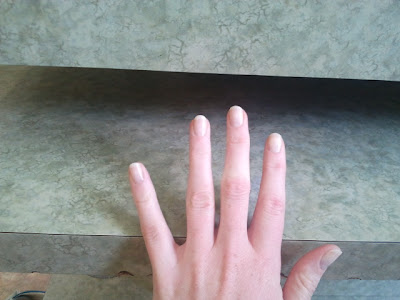 I then went back to the hostel, got my bags, my room swipe card and headed up to settle in. I was unpacking my bag when one of my room mates arrived, a lovely lady from Rochester New York who was visiting her niece for the weekend and had just been to New Zealand with her partner! She even bought a t-shirt for her niece that said Sweet-As Bro on it and asked me to explain what it meant.

Once I had tided up I went to find somewhere to eat and saw a nice looking place called the Metro Diner where I got a Vege burger. I didn't take a photo cause I had already bitten it but the Pattie was huge! like the size of my fist. 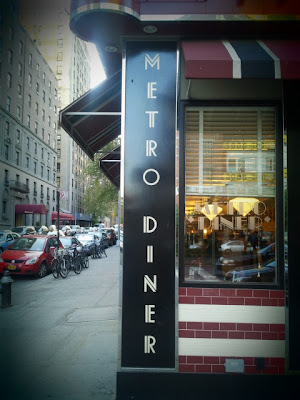 Now I was cold and tired so I headed back to the hostel for my first nights sleep, Overall It was a very interesting, overwhelming, tiring and fun day and I settled in for the rest of my trip and Jerrys Grand Tour on Saturday!